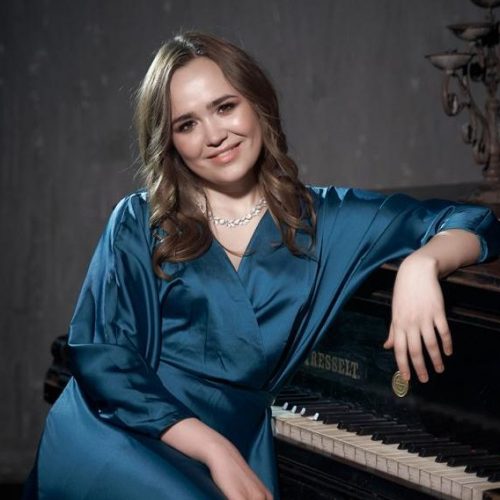 Ms. Volkova was born in the republic of Buryatia. She started to learn the piano at 7 in a local music school, taking part in musical competitions and festivals. Also she played concerts as soloist and with orchestra.

In 2008 Ulyana entered in the Novosibirsk music school (college) where was improving her professional skills. She received a scholarship of a Novosibirsk major for 3 times, took part in different music event such as international competitions in Moscow and Saint-Petersburg. She was a participant in a cultural exchange between Russia and South Korea. From this time she began her teaching career.

In 2012 Ulyana entered in the Moscow Tchaikovsky conservatory. Also she started to work in music school named after E. Gilels and Moscow primary school 504. In 2016 Ulyana entered at Russian Academy of arts in vocal and acting classes as a concertmaster.

In 2019 Ulyana left every official job and began to work only as a piano teacher. Ms. Volkova was a singer of a jazz ensemble of the Moscow Conservatory. She is a participant of famous Russian show «Amazing people» in the federal TV channel, where she demonstrated her ability – absolute pitch and music memory.

Ms. Volkova is a Piano Instructor with PANDORA MUSIC STUDIO.