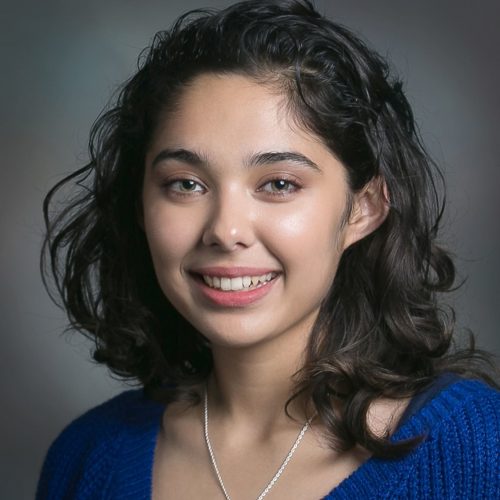 Ms. Sarah Bryan is a native to Texas, born in Galveston and growing up in Dickinson. She began piano lessons at the age of eight and continued on to San Jacinto College Central in Pasadena, Texas where she was a music major, studying with Dr. Sarah Spencer. During these years she worked in masterclasses with John Novacek of the Mannes School of Music and Dr. Zhiya Wang of the University of Minnesota. She also had lessons with Adam Wodnicki at UNT, Dr. John Solomons at UT Arlington, Dr. Bradley Bolen at Baylor Univeristy, and Dr. Tali Morgulis at the University of Houston. Currently, she is a performance major with Mr. John Owings at Texas Christian University.

During her years at San Jacinto College, Ms. Bryan has been the recipient of several honors, awards, and scholarships, including the Leadership in Music Award, the SJCC Humanity Scholarship, Jazz Assistant Scholarship, and the Honors Recital Performance Award. She is a current winner of the Clara Freshour Nelson Scholarship – a competitive award given to only fifteen students throughout the state of Texas. As a reflection of her academic excellence she was in several honors courses at SJCC and was invited to present three works of research: the Music of J. S. Bach; Interpretative Listening to the Music of Maurice Ravel; and her presentation on the psychology of Mozart vs. Michael Jackson and the effects on music. In addition to these achievements, Ms. Bryan was on scholarship as a music theory tutor for four semesters and served in the officer position of secretary for Orpheus, the SJCC Society of Composers.

As an active pianist, Ms. Bryan exhibits diversity as seen in her performances as a soloist, collaborator, and accompanist. With the SJCC jazz ensemble she acted as a soloist, accompanist, and assistant under Graham Tobin, performing throughout Pasadena, La Porte, and South Houston. She was also an accompanist for the SJCC college choir’s Fall 2019 concert under Dr. Patrick Callaghan. She has collaborated with and premiered several works for student composers from San Jacinto College and the University of Houston.

Ms. Bryan is an experienced educator, teaching private piano lessons for the past six years. She began at the Royal Academy of Fine Arts in Houston, Texas, where she taught piano and collaborated with dancers from Broadway, the New York City Ballet, and Miami City Ballet. She transferred to Music and Arts in Webster, Texas, where she continues to teach piano lessons with students of various ages. She enjoys spending time with her family, photography, and reading classical literature.

Ms. Bryan is the Executive Director with PANDORA MUSIC STUDIO.