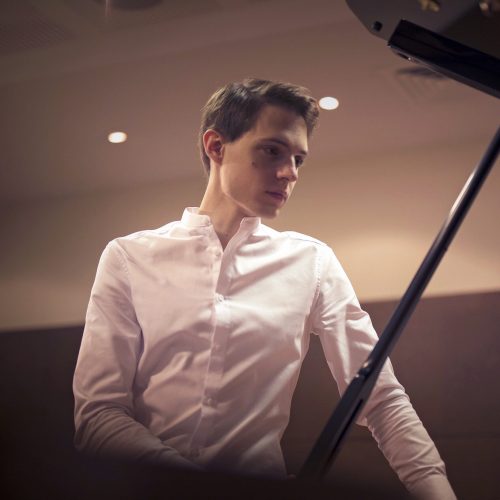 Aleksei’s story began with an orchestral debut as a piano soloist in his hometown at eight years old. Since then, he has performed across Russia as well as France, Germany, Austria, Spain and the United States.

Mr. Vyzhanov is the Founder & CEO of PANDORA MUSIC STUDIO.